The Ancient World was filled with bustling cities and people living complex and meaningful lives. To them, the objects in this exhibition might simply have had a practical purpose, but today these objects represent much more. Each is imbued with hundreds, if not thousands, of years of history. In the 2nd century BCE Rome’s population reached over one million people, a number which was not superseded until London in the year 1810. In other words, the Roman population of this time period was booming, and concurrently, arts and culture flourished.

A New World: 600 BCE-600CE is an exploration of life in the ancient world across many cultures including China, Greece, Rome, Egypt and the Near East. Objects were selected from the Brunnier Art Museum’s permanent collection that provide a glimpse into the life of people who walked earth 14 centuries ago. In this modern technological age it is often hard to visualize how people lived before electricity, cars, and computers. This exhibition aims to open the eyes of modern viewers to the wonders of a world when civilization was just beginning. Today’s younger generations don’t know a world without a cell phone or the internet. This exhibition examines that not only were people able to live without modern technology or electricity, but they were also able to flourish and create complex, innovative and beautiful objects. What was life like when water had to be mixed with wine to be potable? How did people cook without electricity? How were they entertained? What was their makeup made of?

This exhibition probes visitors to contemplate the history of the objects they have in their own possession. How many people have handled the bowl you ate your morning cereal from before you bought it? How many people used the loose change in your pocket? How many people were involved in the creation of your cellphone from raw materials to the product being put into your hand? Who are they and what are their stories?

This exhibition is dedicated to Ann Brunnier, Lori A. Jacobson, and Lynette Pohlman. Three strong women who have been immensely influential in the creation and development of the Brunnnier Art Museum. It was Ann Brunnier’s donation of her and husband Henry’s immense collection of art that began the permanent collection, much of which continues to be used today. A donation whose value was not exceeded at Iowa State until recently.

Lori Jacobson was an incredible force at the museum. She worked under Director Lynette Pohlman as an intern in the 1970s and from these early interactions developed an incredibly successful career in museums. She wanted to give back and provide students, like myself, opportunities for the same type of mentorship and path to achieve success in a museum career. She set up the Lynette Pohlman Fellowship for University Museums in 2019 without which this exhibition would not have happened. Special thanks to Lori’s husband, Jason D. Kogan, for keeping Lori’s legacy alive at University Museums and to his personal guidance.

Lynette Pohlman, director, has been an incredible mentor throughout this 2020 fellowship. She supported and offered me the tools to successfully curate this exhibition. Lynette's support continues to be unwavering.

This exhibition was created by and for University Museums at Iowa State University. It will be on display in the Ann Brunnier Art Galley in the Brunnier Art Museum on Iowa States campus from August 19th until November 25th, 2020. 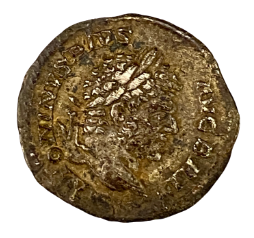